Funding from NRW enabled the BDS Conservation Officer to work on the conservation projects detailed on this page.

Generous funding also supported the translation of some of the information on this page into Welsh.

The Southern Damselfly in Wales is both a NERC Section 42 species (Section 41 in England) and a Biodiversity Action Plan species. It is protected in law under Schedule 5 of the Wildlife and Countryside Act 1981 (as amended) and is listed as Endangered on the Odonata Red Data List. Not only is it rare and endangered in Britain, it is also listed as Near Threatened on the European Red List and protected by the European Community Habitats and Species Directive. Its presence is a primary reason for the Preselis being designated as a Special Area of Conservation (SAC). It is therefore of paramount importance that the species key breeding sites in Wales are preserved, enhanced and expanded wherever possible. 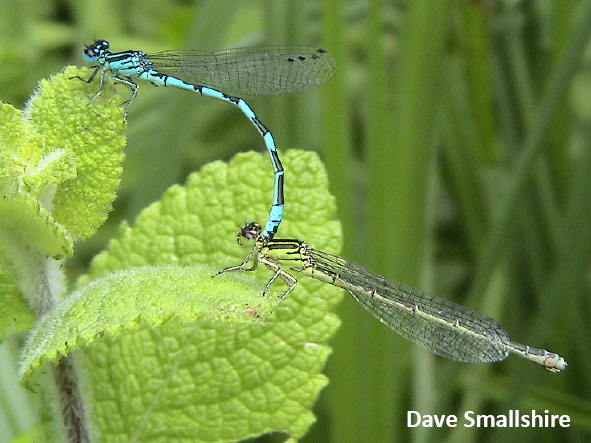 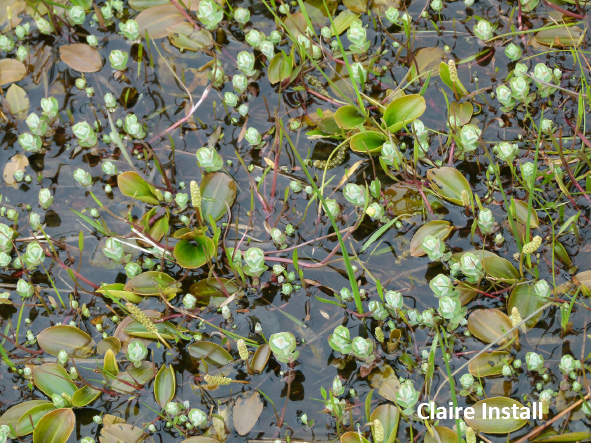 The Southern Damselfly was once more widespread in Pembrokeshire. Two of the three main populations have gone extinct, leaving small, scattered populations within and around the Preseli SAC which is also common ground. These are now vulnerable due to a large reduction in grazing, especially of larger stock. This lack of grazing has led to flushes becoming swamped and choked by adjacent vegetation, thereby making the habitat unsuitable for Southern Damselflies. Past monitoring has shown that the population of Southern Damselfly in Pembrokeshire have declined in recent decades and in many cases clinging on to the last fragments of habitat that are still suitable, but no longer ideal.

Recent changes in land management have put particular pressure on the existing populations in Pembrokeshire. The Southern Damselfly needs well-grazed and open vegetation beside small streams. It is also beneficial for the streams to have trampled margins and tussocks created by heavy grazing animals, like cattle or horses.

There are many constraints to achieving the correct grazing regimes for Southern Damselflies on common land. These constraints are due to economic, legal and cultural reasons. There are also many separate parties with an interest in common land, resulting in there being a number of individual issues to overcome before the practical problems can be considered and assessed.

Since 2011 the British Dragonfly Society (BDS) has been working with partners in Pembrokeshire to both preserve and create important habitat areas for the Southern Damselfly. Two of these projects, at Penlan and Pensarn Corner, were supported by Environment Wales with funding from the Welsh Government. Working in partnership with Natural Resources Wales (NRW – formerly CCW) and the Pembrokeshire Coast National Park Authority (PCNPA), British Dragonfly Society (BDS) staff and volunteers created the ideal environment for the species at Penlan and saved a valuable area of habitat at Pensarn Corner. With other grant funding from the Wales Biodiversity Partnership, areas within a further stream on Brynberian Moor have been restored and a management plan for the Southern Damselfly within and near to the Preseli SAC has been drawn up. The management plan now informs and guides all the practical work carried out for the Southern Damselfly in this area.

The project in 2015 was carried out with funding from NRW and in partnership with Pembrokeshire Biodiversity Partnership.