Our partnership work in Pembrokeshire with Natural Resources Wales (NRW) and Pembrokeshire Coast National Park Authority (PCNPA) for the Southern Damselfly has continued to gather momentum and we were grateful to receive financial support from Natural Resources Wales via the Pembrokeshire Biodiversity Partnership to carry out more essential habitat reinstatement work in early 2015. We have also been working closely with the Wales Biodiversity Partnership over the past few years to update the Southern Damselfly species action plan (SAP) and, hopefully, ensure a future for this species in Pembrokeshire.

The habitat on which the Southern Damselfly relies is in still in serious decline within the SAC mainly due to the reduction of traditional grazing by cattle / horses / ponies and sheep. Until such time as a grazing regime capable of maintaining these habitats can be established, we have needed to implement other less sustainable solutions to ensure the Southern Damselfly does not go extinct on the Preseli Hills. Interventions using machinery to physically alter the streams and flushes are required to turn these narrow, deepcut / underground streams into wide, shallow and open watercourses.

The works in early 2015 were undertaken to restore targeted sections of streams where suitable habitats are known to have been lost and to create new areas of habitat. This has included opening up streams, creating pools and rejuvenating flushes to create more open water by drawing back encroaching peat and vegetation from the stream lines. In excess of 1000m of linear habitat was created at two sites and a shallow pool and flush created at another site. 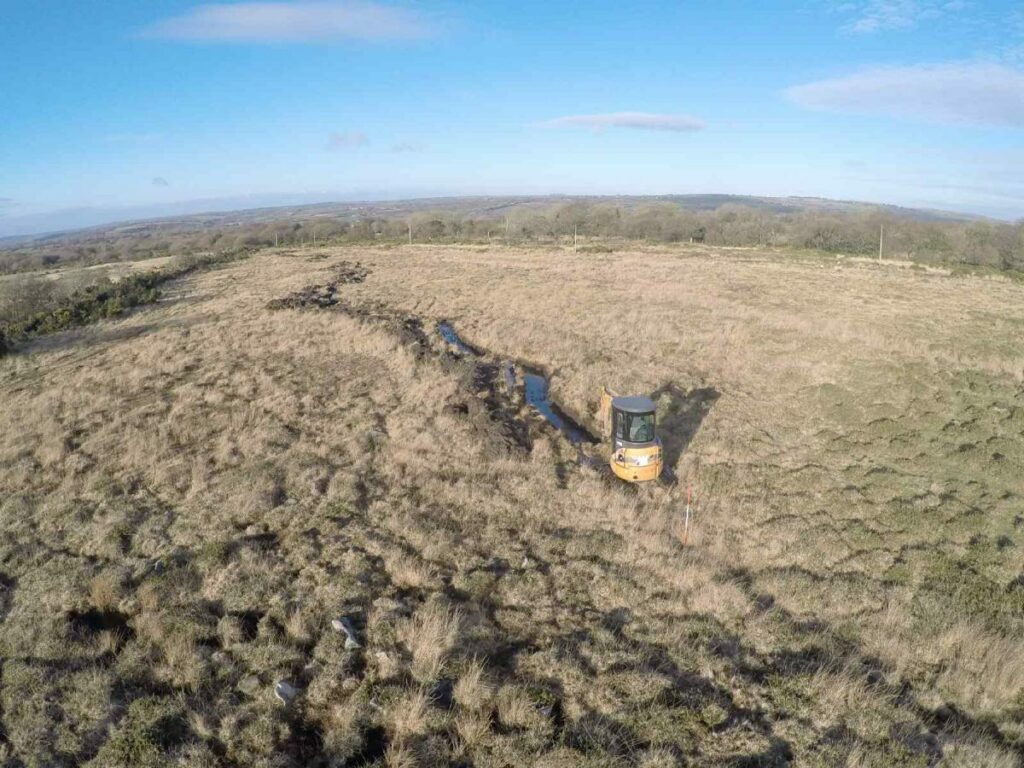 Work in 2015. Photo by Stephen and Anne Coker 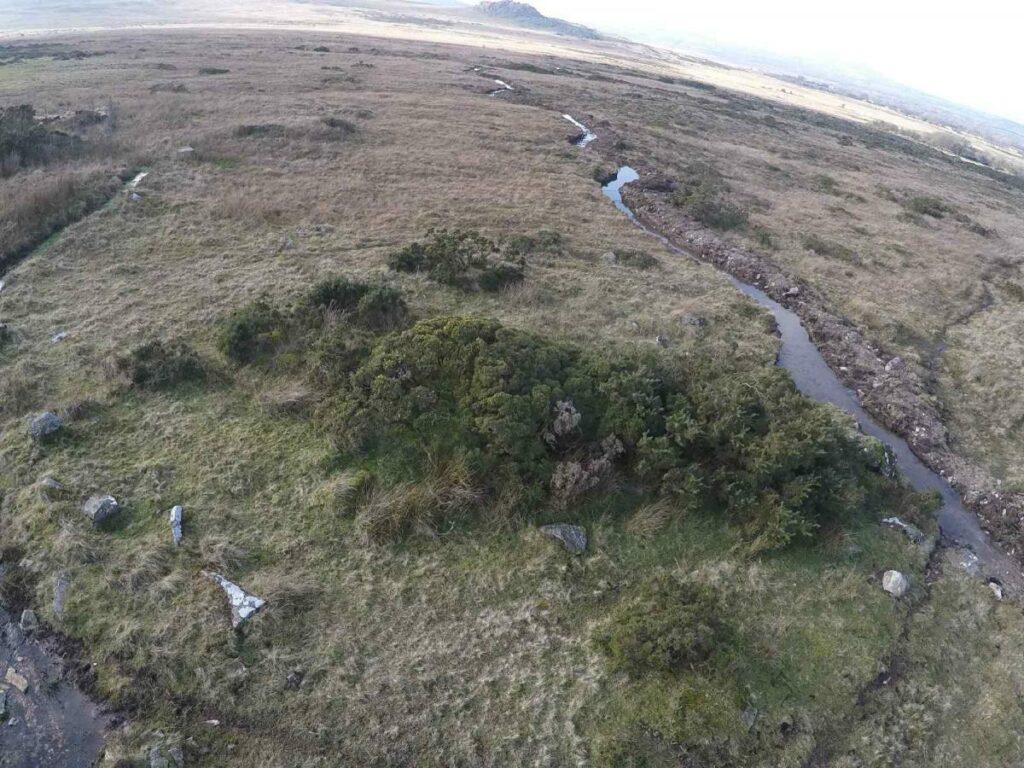 Work in 2015, old leet on left, new habitat on right. Photo by Stephen and Anne Coker.

The works went well but heavy rains soon after the works highlighted problems that arise when working with watercourses in hilly areas with multiple land users. At one of the project sites the works needed to be re-visited following heavy rain when we received comments about problems with the works. Adjustments and changes were made following this to reduce flows and to improve access.  This particular project site illustrated that mechanical interventions have the potential to adversely affect some of the interests of the parties involved in the management and use of the Preseli Hills. We hope that in the future the Southern Damselfly’s habitat will be maintained by appropriate grazing and that there will no longer be a need for mechanical intervention, but in the short-term, mechanical intervention is needed to prevent extinction of this species.

Whilst we did talk to the landowner and several users of the land prior to works, this issue has highlighted that casting a wider net and consulting more residents, graziers, walkers etc. prior to the onset of works may have identified high flow and access issues before to project commencement. It is sometimes difficult to predict the potential impact of works and involving as many users as possible will undoubtedly give us the best knowledge base for future work and help inform how best to undertake habitat restoration schemes whilst avoiding negative impacts on the users of the SAC. The safeguarding of the Southern Damselfly and its habitat in the Preselis along with upholding all of the SAC’s users’ interests can only be ensured through working fully and closely with all parties.