Devilla Forest is located a short distance to the east of Kincardine in Fife and is owned and managed by the Forestry Commission. There are a number of ponds and lochs throughout the site but one of the best locations for easy dragonfly spotting is at Bordie Loch, on the Red Squirrel Trail.

Made up of mainly Scots pine, this is primarily a woodland site with a heather and blaeberry understorey. There are four lochs found throughout Devilla Forest – Bordie Loch, Keir Dam, Moor Loch and Peppermill Dam. Access throughout the site is easy with wide, surfaced tracks. Getting off the beaten track on smaller desire-lines is easy too. 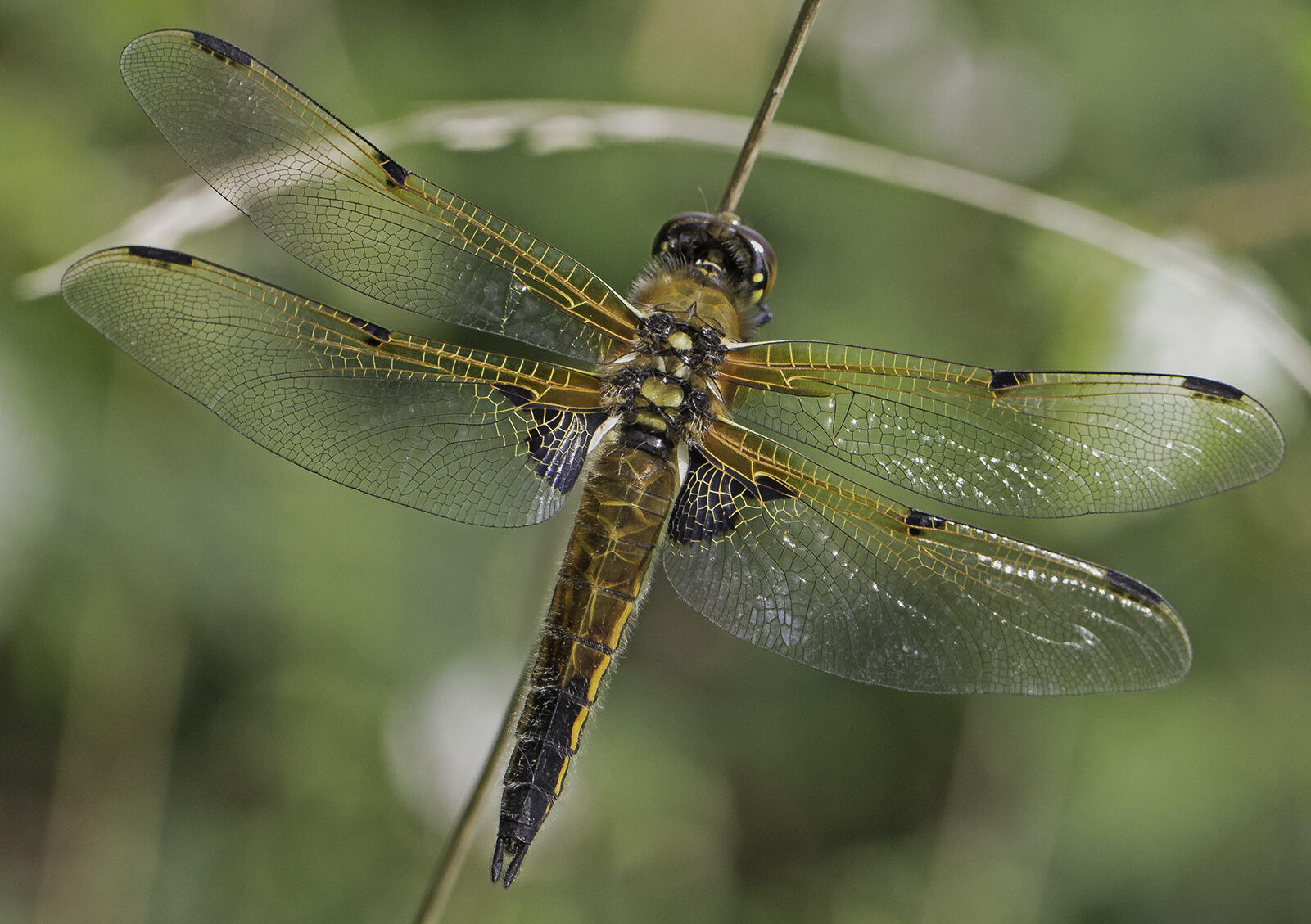 Can be identified from its wing markings.

Flight period is April to October.

The earliest emerging species should be found from mid to late April onwards. The Four-spotted Chasers can be seen on the wing along the north edge of Bordie Loch throughout June and July. Later in the summer Black Darters and Common Hawkers can be seen flying around the loch and adjoining heathland.