Stroll through buttercup-filled meadows alongside the winding River Exe with wonderful views across the city to its cathedral. 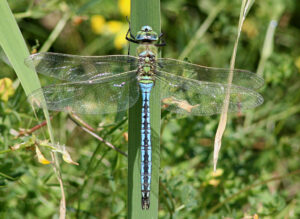 The largest Dragonfly in the UK