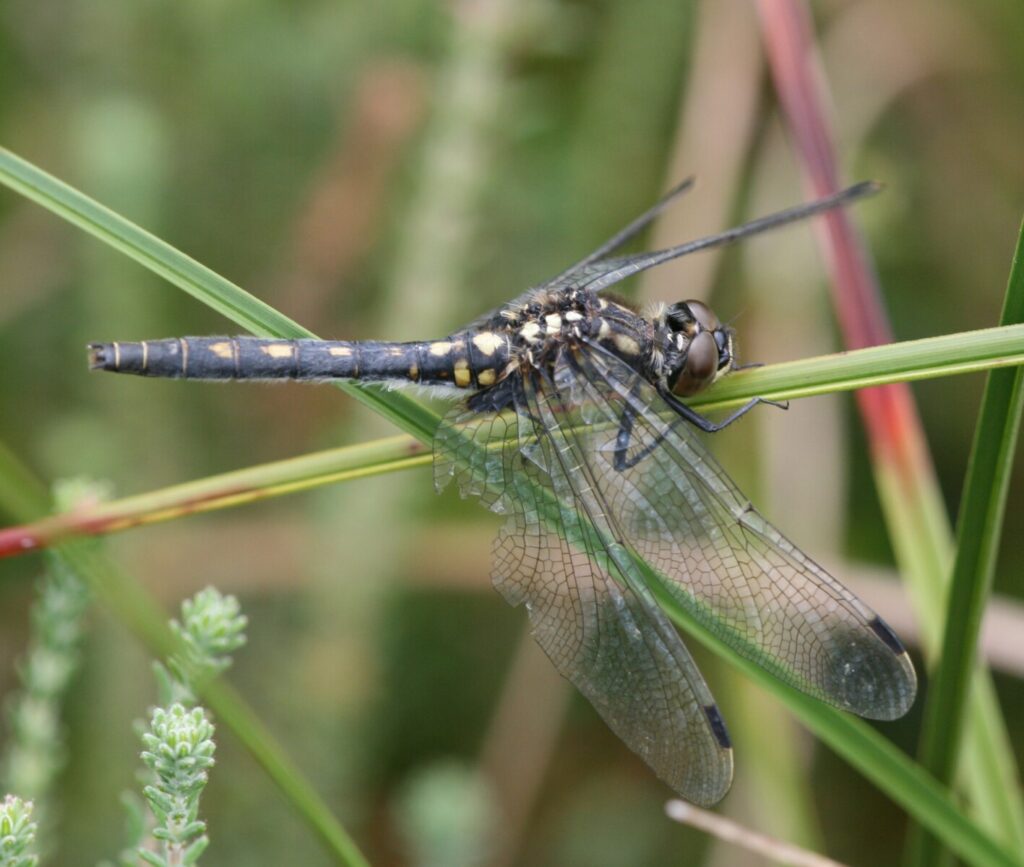 We hope you all enjoyed our Annual meeting on 27 November. Attendees had lots of questions for speaker Dr Matt Geary on his talk about White-faced Darter genetics. Here are his answers. . .

Caroline: Re low recapture rate – could they have just flown elsewhere/dispersed rather than not survived? Or do they tend to stick to the pond where they emerge?

Yes, they could have gone elsewhere. Survival here really means, ‘stayed in the population’. However, the literature suggests that they are relatively site-faithful and this location is not close to other White-faced Darter sites.

Michael A S: were the habitat/ environmental variables embedded with  location data from the BDS or from other datasets?

Habitat data were from other datasets, including forest data from Forestry and Land Scotland and a habitat classification for Scotland from Scottish Natural Heritage as well as LCM2015 from CEH.

Steve B: Was climate significant in predicting occurrence of WFD? If so what variables?

The strongest climatic variable was potential evapotranspiration for both our GB and Scotland models. We also tried several other climatic variables but these were generally correlated with each other. In the end we used mean annual temperature and annual temperature range alongside potential evapotranspiration and these had a small effect, too, particularly for the GB model.

Mike G: What are the principle differences between UK and continental sites for WFD, habitat wise?

I don’t know enough about continental sites to answer this fully – that’s why we’d like to find out more. Anecdotally they sound similar, certainly in terms of their reliance on lowland peat and sphagnum.

Elaine C: Trying to get a sample of DNA from a dragon in Oman. Apologies for my ignorance but are exuvia usually a good source?

Yes, I believe they can be. There are some papers in past issues of the BDS journal which go into more detail about this.

Bob: Do we have any knowledge in the European context of the effect of Eurasian beaver presence on the health of WfD populations and distributions?

I’m afraid I don’t. I suspect they might prefer to use different pond systems.

Hebe C: matt – your research locations were more east and central Scotland. do you think there is any difference between WFD habitat etc on west coast site in te rainforest zone??

There could be, although the presence points used in our species distribution model included all White-faced darter records on the NBN atlas so I hope we had quite representative habitats. Nevertheless our results could be affected by a recording bias to more accessible sites in the east.

Andrew B: Fantastic research, could be applied to many other species?

Yes, absolutely. I work on similar questions in birds most of the time and we use the same methods. It would certainly be applicable to a number of specialist dragonflies where we’d want to know more about habitats and movement.

Pat B: Fascinating talk. there are several other populations of WFD in west Scotland in very open moorland,  this habitat is little recorded but there is potential for many more sites here, do you have any plans to look at this habit in comparison and genetics here.

Yes, we’d like to although the further west we go the more logistically difficult it can be coming from Chester. However, our distribution models already include some important locations out west and our resistance models have identified the western population as one of the three ‘management units’ so we’d like to add some more detail to this, certainly.

You can find out more about Matt and his work, along with his contact details here.