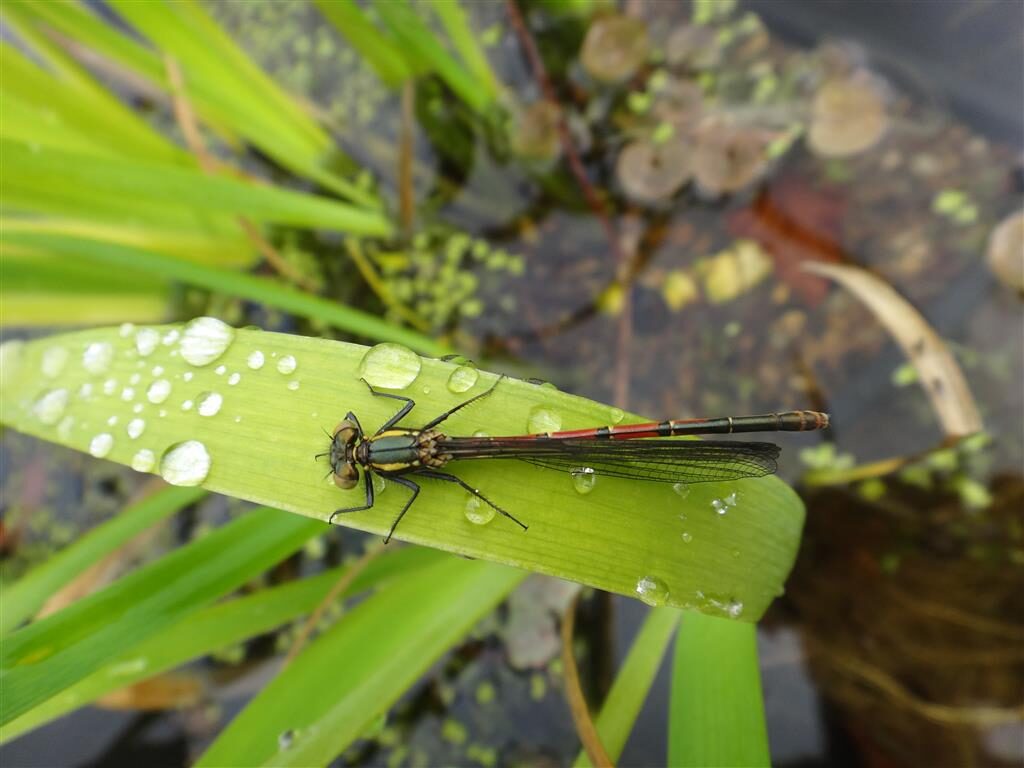 Our second ‘Pond Ponderings’ blogger is Andrew Walker, a very keen wildlife fan based in Scotland. Andrew is lucky enough to have a large plot to work with and will be bringing us updates on how his wildlife pond and garden are faring 5 years on. In his first post below we join him at the very beginning of the journey as he reflects about how the dream of a wildlife pond became reality:

“A wildlife pond was always part of our plan for the garden, which was created from scratch around our newly built house. Having Ruary Mackenzie Dodds (Dragonfly Champion and author) as a neighbour made it obligatory. The basic excavation was done by digger, which was there anyway for other earth and boulder moving. The pond is about 4m long and 3m across at its wider point. 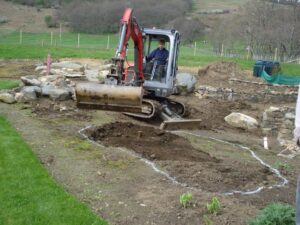 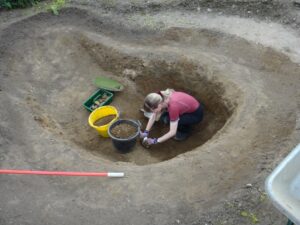 And then a protective layer of soft sand, which was followed by underlay and then the liner: 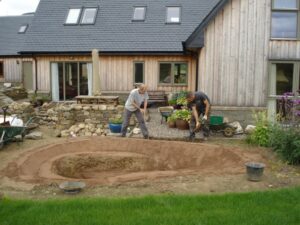 A tip for installing the liner: we unrolled it and then tried to lift it across on to the pond, but it was far too heavy and unwieldy. Much easier to put the roll of liner across the pond and unroll it in situ so it falls into place. There are, of course, numerous folds and pleats but these form excellent hiding places for frogs, newts etc. 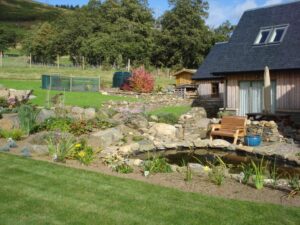 Making a pond is the perfect way to demonstrate that if a habitat is created (and you need to add suitable plants), then the animals will quickly move in – frogs, newts, beetles, water boatmen, pond skaters, damselflies and dragonflies and no doubt lots of other less conspicuous species.”