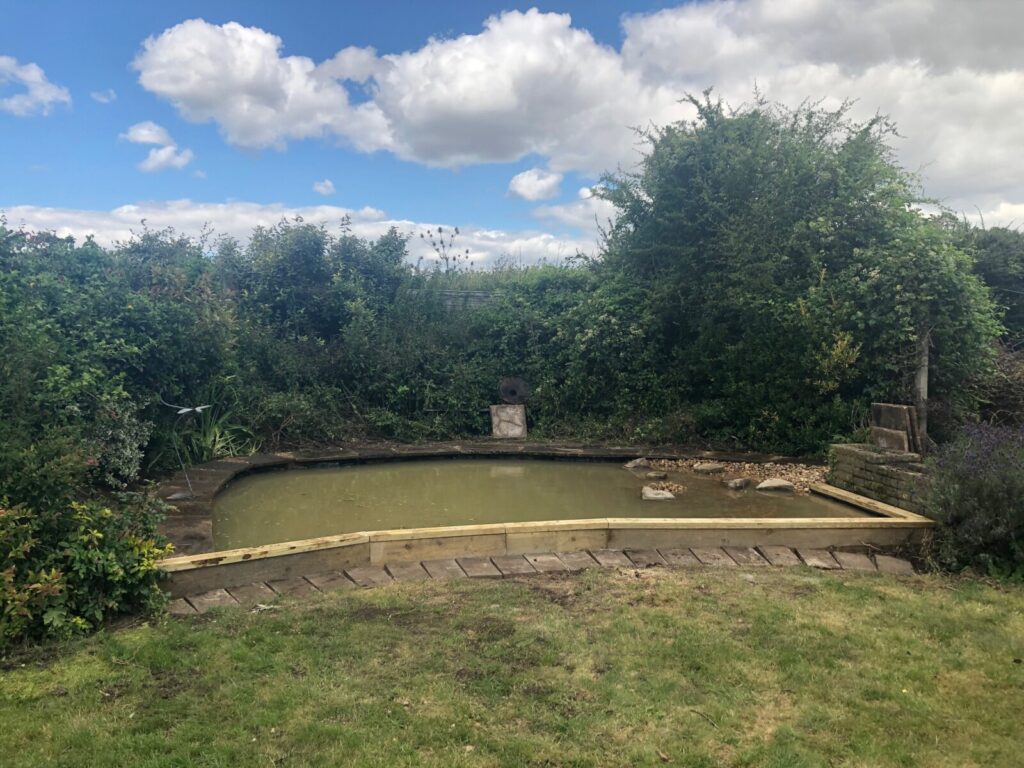 Pond Ponderings: Chapter One of My Pond Story by Carolyn Cooksey

Our Secretary Carolyn Cooksey is our newest Pond Ponderings writer. In chapter one of Carolyn’s pond story we hear about the creation of a garden pond at her new home in Huntingdonshire:

Inspired by Fiona’s campaigns on ponds, in my Autumn 2019 update in Dragonfly News, I rather rashly committed to putting a pond into my garden, having moved in a few months previously.

One day in early April 2020, shortly after lockdown started, I remembered this pledge and grabbed a spade with the intention of starting to dig.  Ten minutes later I realised this was not going to be as easy as I thought, and to cut a long story short, the pond was eventually dug in July by a man in a digger. 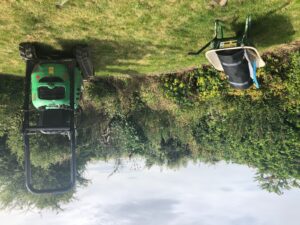 I wanted the pond to be put in an area that had a couple of old apple trees and was extremely overgrown, but bounded on all sides by existing paths and slabs.  The design had to be adapted on the hoof, as we realised part-way through clearing the area that it wasn’t flat.  Luckily Chris (the pond digger) had some wood in his workshop which turned out to provide the ideal solution.  I wanted the pond to have a reasonably deep section to make sure it didn’t completely freeze in winter, and a sloping shallow end, in case the hedgehog fell in.  The shallow part of the pond had some gravel added, to cover the liner and provide some bathing areas for the birds. 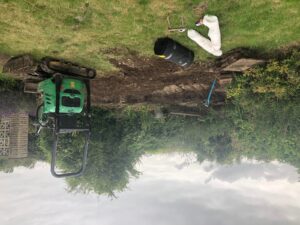 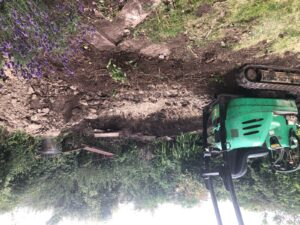 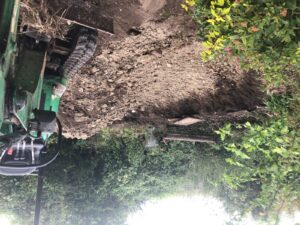 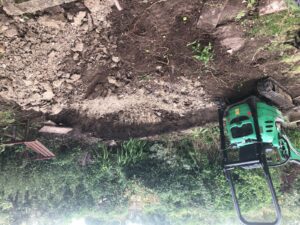 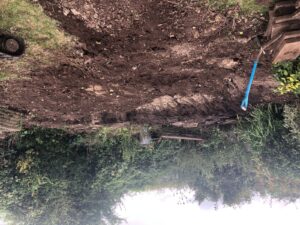 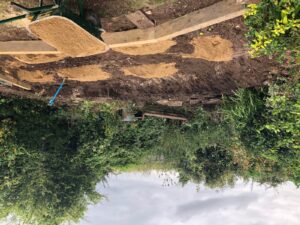 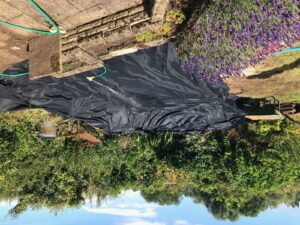 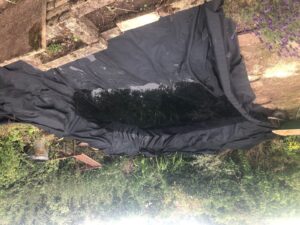 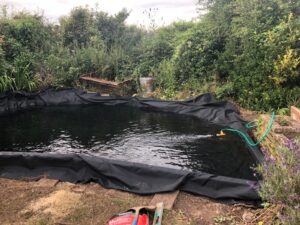 I filled the pond at the end of July, unfortunately mostly with tap water as the contents of the water butts didn’t stretch that far, and almost immediately things started arriving.  Within the first few days there were pond skaters, water boatmen (pictured below) and whirlygigs, and after about 10 days, an explosion of mosquito larvae. 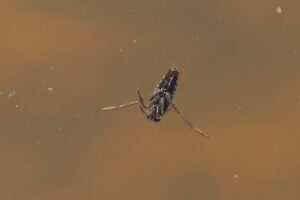 After some passing interest by two female Azure damselflies on day four, the first significant dragonfly arrived on day nine, a female Southern Hawker laying eggs all round the pond (pictured below), including on the paving slabs and in the cracks between them.  She was joined two days later by a Common Darter, also egg-laying, and several Blue-tailed Damselflies. 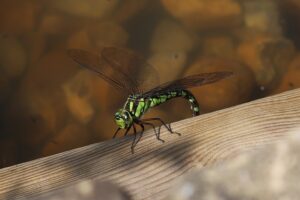 About two weeks in, the pond suddenly turned bright green with floating foam! I’d been expecting some algae as I had to use tap water but this was almost fluorescent it was so bright. Thankfully, a week of thunderstorms and a barley straw bale seemed to get it under control.

Over the next few weeks, during late August and September, the weather was warm and sunny, and the daily activity settled into a rhythm.  Mid-morning, a male Southern Hawker would start patrolling (pictured below), seeing off everything else, including a persistent pair of Ruddy Darters in tandem, trying to oviposit.  Later in the afternoon, a female Southern Hawker would do a couple of circuits of the pond laying all round, about once every hour or so. Several neighbours have ponds, so I assume she (or they, there could well have been more than one!) had a number of potential egg-laying sites and regularly visited them in turn. 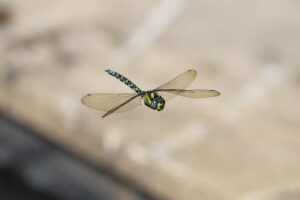 As well as the increase in dragonfly activity, the pond has attracted some new bird life too.  After only a few days, the local heron came to investigate, terrorising the cats who had never seen anything like it!  As there are no fish, it soon lost interest and hasn’t been back.  In late September, a family of grey wagtails visited a few times, hopping from stone to stone at the shallow end.

The weather turned in the last week of September, and the last sighting of any odonata was on 28 September.  Now, I need to get a few more plants in to the pond, and wait until next Spring for the next chapter of the pond story.