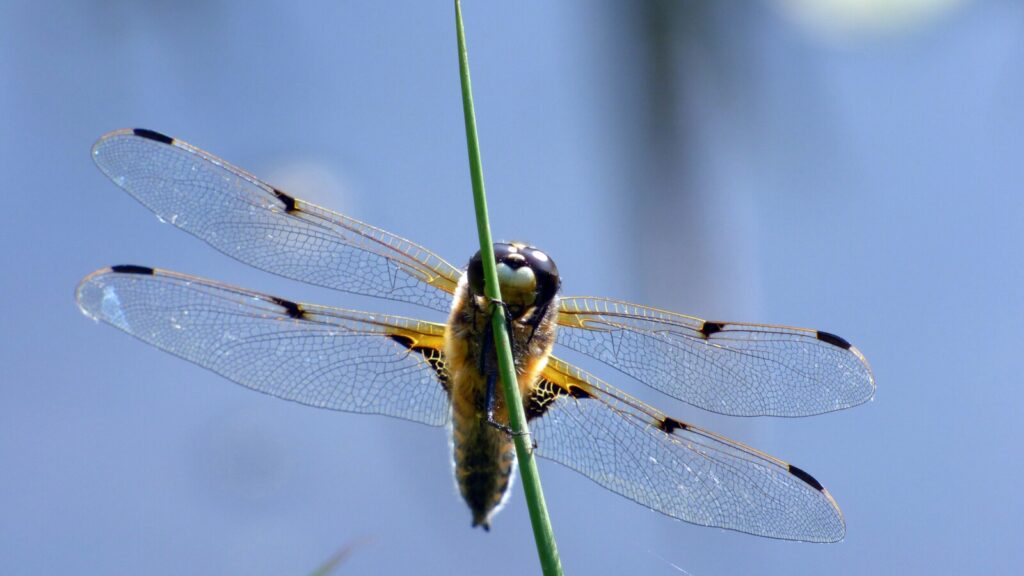 Dragonfly-inspired nanotechnology in the fight against disease

After almost a year of dousing ourselves in hand sanitiser we are all well aware of the importance of disinfectants in the fight to control the spread of COVID-19. However, scientists at the Imperial College of London are investigating other means of killing pathogens without the use of harsh chemicals.

Just like the COVID-19 virus, bacteria and fungi can survive outside the body, on surfaces within our surroundings, for long periods of time; thus, allowing them to pick picked up and transmitted to others. This is a serious issue in hospitals where secondary infections pose a significant risk to vulnerable patients in intensive care wards. 6.6% of more than 4800 patients that took part in a Public Health England point prevalence survey (2016) acquired an infection during a hospital stay.

To counter the transmission of diseases within the hospital environment, scientists are designing new surfaces for rooms and equipment that are hostile to microorganisms. To do this they are taking inspiration from nature; in particular, the wings of dragonflies and cicadas. Looking at the wings of these insects under an electron microscope reveals that their surface is covered in tiny sharp spikes- a secret weapon against bacteria, such as E.coli. The nano-spikes work by puncturing the cell walls of microorganisms, by releasing free radicals which cause internal damage to the cells, and by interrupting communication of cells within the biofilm.

By incorporating such materials within the hospital environment it is hoped that the death rate of diseases caused viruses such as COIVD-19 and influenza will be lowered, as a result of reducing the occurrence of complications caused by bacterial infection.

Visit the Imperial College of London website for more information.

Pete the Pond is now available to stream on YouTube for a limited time!   Selected for the International Wildlife Film Festival 2022. Directed by Will Clothier. Available until midnight on 13.6.22.   Pete the Pond has spent the last 20 years trying to return Britain’s aquatic wildlife to its former glory. Despite his best … Continued
Read more
11.06.2022 | research