An initial visit to Bramshill Common in the late 90s identified the site has having diverse populations of Dragonflies; consequently, efforts were made to map out the area’s 15 waterbodies.

In 2002 the Forestry Commission (FC) provided a grant for a monitoring methodology to be developed and applied to Bramshill Common. The results of monitoring project were used to influence site management plans so that dragonflies could be accommodated for.

The survey area was extended in 2003 to cover Heath Warren, and by 2004 it also encompassed Warren Heath, a total of 23 water bodies over 671 ha.. Then, in 2009, the Thames Valley Heaths Wetland Habitat Conservation Project came to Bramshill. The project on site was driven by Plantlife, and supported by the Million Ponds Project and the FC. A habitat modification plan was developed based on the rare plants of Bramshill Common but included 17 dragonfly breeding sites. In correlation to the project, dragonfly surveys of the 4 water bodies at Bracknells Bottom started in 2010. Work on 31 new ponds and the re-profiling of 7 existing water bodies, and their shoreline cover, started in January 2011, and was completed in March 2011.Since then all the new water bodies have been mapped and monitored. The modification work had a dramatic positive impact on the freshwater invertebrates and flora of the area, and since the project’s completion Bramshill Forest has been made a Freshwater Habitats Trust Flagship site. 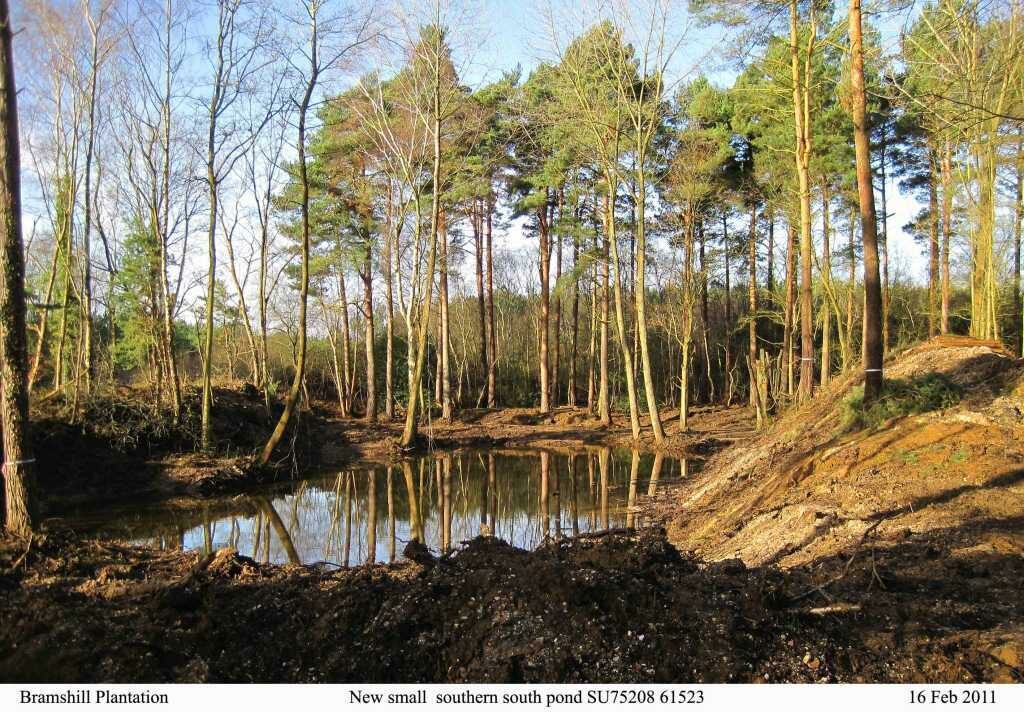 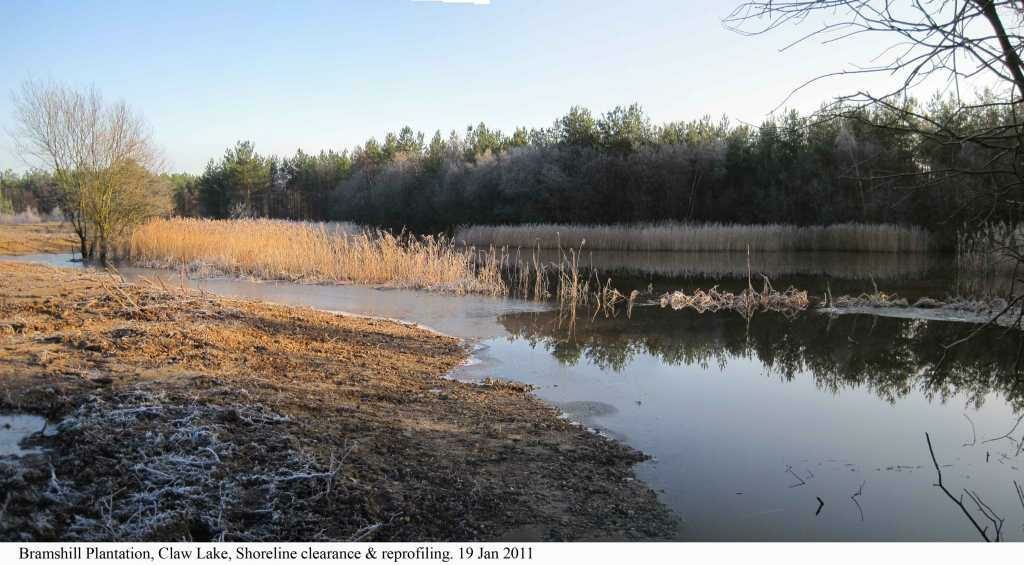