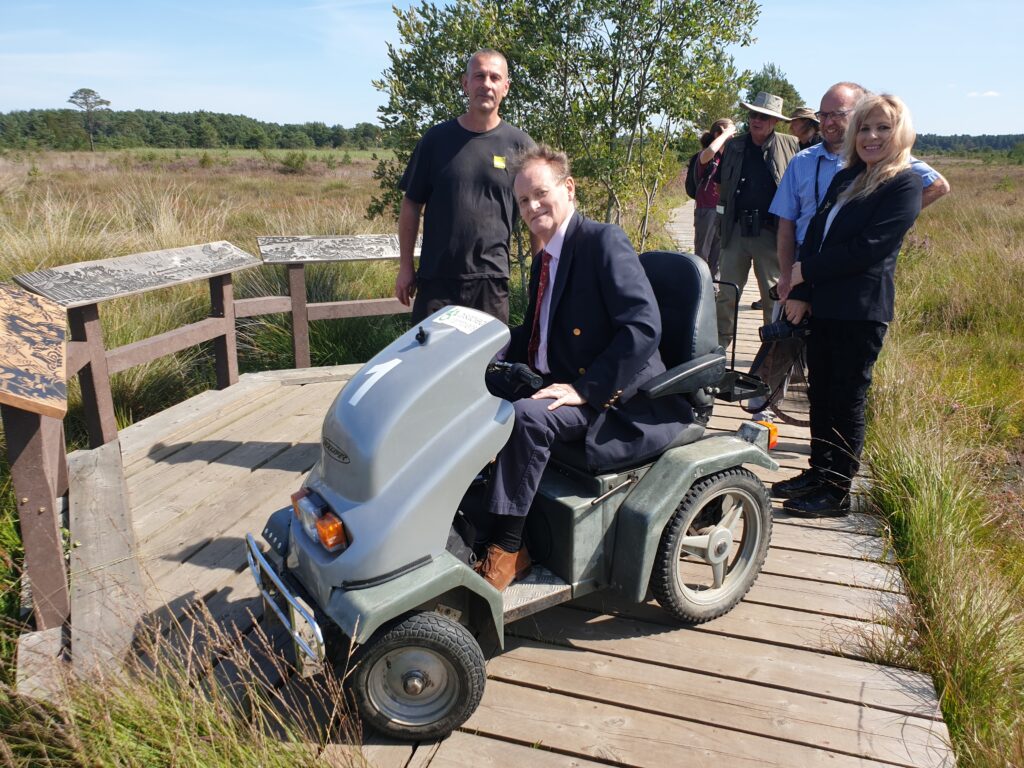 Dragonfly Hotspots are sites carefully chosen as ideal places for dragonfly and damselfly species to live and thrive. They provide easy access for everyone to visit, and offer opportunities for the local community to learn and engage with the natural environment. Thursley is one of only four sites in England to receive this designation.

Thursley National Nature Reserve is a RAMSAR site of international importance for wetland wildlife, and has long been known as a haven for these beautiful insects, with 26 species of dragonfly and damselflies recorded on site.

“It’s fantastic to receive this badge of honour from the British Dragonfly Society. Recognition as a Dragonfly Hotspot will make Thursley an open secret, helping to put it on the map for the rich and varied wildlife that call it home, while opening up opportunities for people to engage and learn from it.

“I would like to thank Natural England’s Reserve Manager, James Giles, and Thursley’s volunteers for their work in creating the amazing boardwalk and Dragonfly Nature Trail which makes the wetland wildlife on this site accessible to all. I would encourage anyone with a love of nature to join them in supporting the wildlife on site and inspiring others to make a difference.” 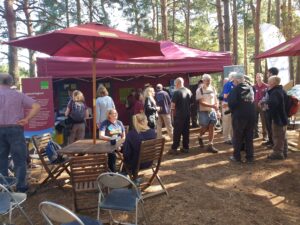 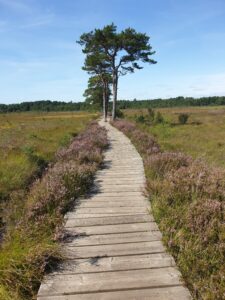 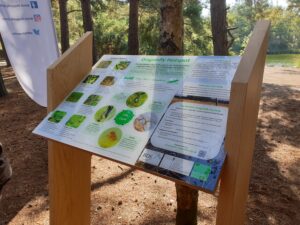 The 325 hectare reserve contains one of the largest remaining fragments of lowland heathland in Surrey, as well as peat bogs, ponds, pine and deciduous trees. These habitats are home to extensive wildlife, much of which is rare and confined to the heathland habitat and acid mire, including Curlew, Marsh Clubmoss and the Brilliant Emerald dragonfly.

This unique wetland, less than an hour from London, can be accessed by a boardwalk, built with the help of Thursley’s volunteers. The 1.3km easy access Dragonfly Nature Trail allows visitors to take in the landscape through vibrant interpretation and viewing areas including 3D etched panels for the visually impaired. 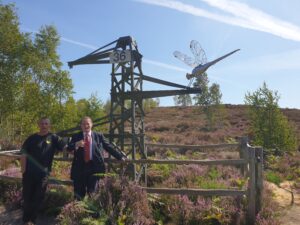 The centrepiece of the walk is a striking dragonfly sculpture designed by local sculptors Lucy Quinnell and Adam Boydell on a former pylon which used to dominate the landscape (pictured left).

The opening ceremony involved the unveiling of an information board created by the BDS and donated by the John Spedan Lewis Foundation, which will be installed at Pine Island in Thursley later this month. It was followed by a guided walk along the all-access Dragonfly Nature Trail.

“We’re delighted to partner with Natural England on this site and our award of Dragonfly Hotspot status recognises the appreciation of the special insect fauna on Thursley Common by both organisations. We especially commend the efforts N.E. have gone to recently in making the site accessible while keeping the interpretation boards and signage low-key, and in the removal of the electricity pylons to further enhance the wild feel of the whole area.”

The British Dragonfly Society and Natural England will collaborate to run courses and walks at the new Hotspot each summer. During the winter months BDS will support volunteer work parties in managing the site to keep its dragonfly habitats in  good condition. Keep an eye on our events pages for details of upcoming opportunities and to find out how to get involved.