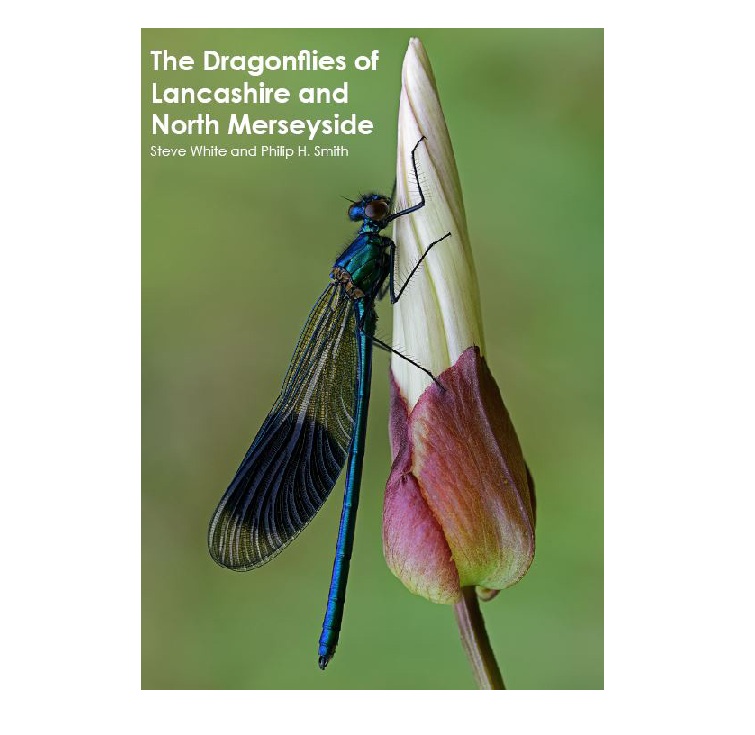 Lancashire lies on the north-western edge of the breeding range of several British dragonflies but, presumably driven largely by climate change, it has been colonised by six new species within the past 20 years during which period the ranges of several established species have also shown dramatic northward shifts. Of the 24 species recorded (8 damselflies and 16 dragonflies), 19 now breed annually with one other, Red-veined Darter, now apparently lost after breeding successfully for several years. The current distribution and breeding status of each species is mapped together with the progression of colonisation by the recently-arrived species.

In contrast to most other species groups in Lancashire, the county's dragonflies appear to be thriving, in part due to the creation of a number of large wetlands by the conservation bodies, but other environmental factors have also played a part. Climatic amelioration is undoubtedly the most important of these but improvements in water quality, due especially to the clean-up of industrial pollution, has also figured. The most dramatic example of this is the exponential spread of the Banded Demoiselle which expanded its breeding range from a single site in the mid-1990s to its present range covering 25% of the county; like several other species Banded Demoiselles have moved northwards but their main range change has been to the east along the previously polluted waterbodies of Lancashire's historic cotton-mill towns.

Dates of annual first and last sightings have also changed significantly during the past 30 years with the flight period of several species increasing by three or more weeks. This is partly simply a result of the increased number of dragonfly recorders but there is little doubt that major changes in phenology have taken place. For example, the date when the first 25% of annual sightings of Common Darters have been recorded has advanced by a fortnight or more, while there is no evidence of a similar change at the other end of the year. Interestingly, these phenological changes appear to be confined to the lowlands – the flight periods of Lancashire's three predominantly upland species, Golden-ringed Dragonfly, Common Hawker and Black Darter have remained stable.

The county supports a wide range of dragonfly habitats which are summarised in the book's introduction – from the sand-dunes of the Sefton Coast in Merseyside, the swathe of arable land in the south-west and pastures in the centre of the county, to the uplands of the Pennines and the Forest of Bowland. All contain important dragonfly sites, some perhaps warranting SSSI status, but, perhaps surprisingly, the county's premier site is located on the ex-industrial land of Heysham and Middleton near Lancaster, where all but three of the county's 24 species have been recorded with 16 breeding in recent years.

Copies are available from the BDS online shop or for £10.00 including p&p from Dave Bickerton, 64 Petre Crescent, Rishton, Blackburn BB1 4RB. Please make cheque payable to Lancashire & Cheshire Fauna Society and remember to enclose your name and address. For details of how to make an internet banking payment email