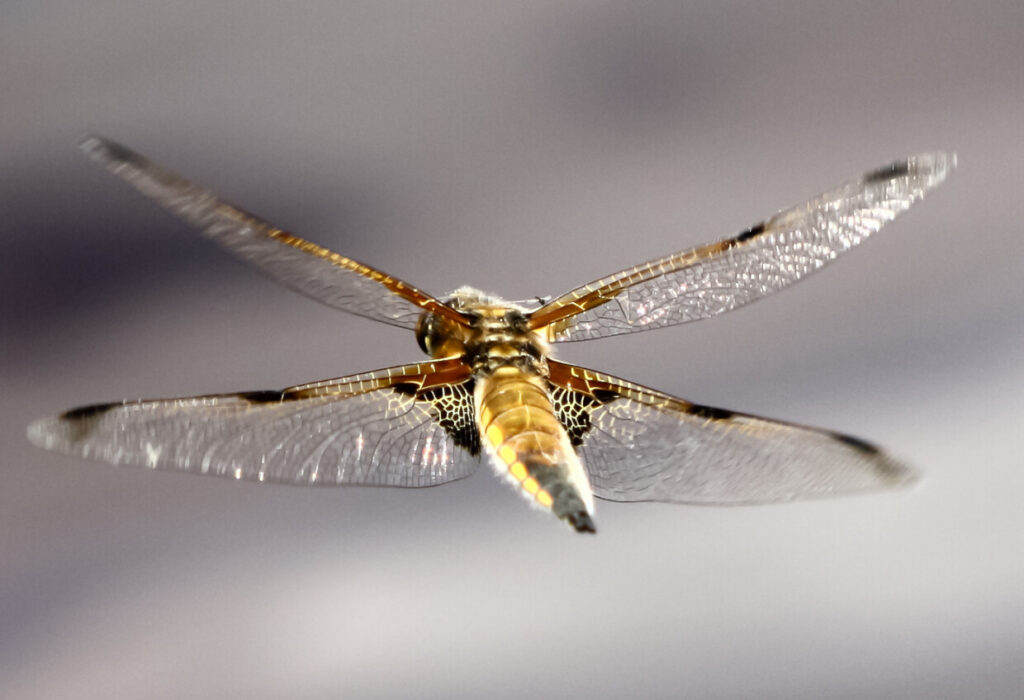 Introducing the Dragonfly Drone of the future

The company Animal Dynamics have announced that they have successfully created a four winged drone inspired by the humble dragonfly.

Dragonflies hold the title of being the best flyers in the animal; anyone who has watched a fight between two territorial Emperors will understand why- their aerial agility cannot be beat!

As a result, the insect became a source of inspiration for the engineers at Animal Dynamics who, in partnership with the Ministry of Defence, were looking to create a drone capable of functioning in adverse weather conditions, such as high winds.

After four years of hard work their software developers succeeded in programming the drone’s four wings to react to changes in wind speed allowing the machine to hover in gusts of over 20 knots (23mph or 37km/h).

The new drone, called Skeeter, will carry a camera and communications links that will allow soldiers to identify potential threats in the field.

The challenge now for the Animal Dynamics team is to make Skeeter small enough that it can be used for discreet reconnaissance, and cheap enough that an occasional crash won’t be a disaster.

An update on the community pond at Parc y Llyn, Aberystwyth, Wales, from Meg and David Kirby:   April 2020 With due care and attention to Corona virus restrictions brief visits have been undertaken to the Parc  y Llyn pond as part of the daily exercise allowance. The recent hot and sunny weather has helped the … Continued
Read more
18.05.2020 | Uncategorized