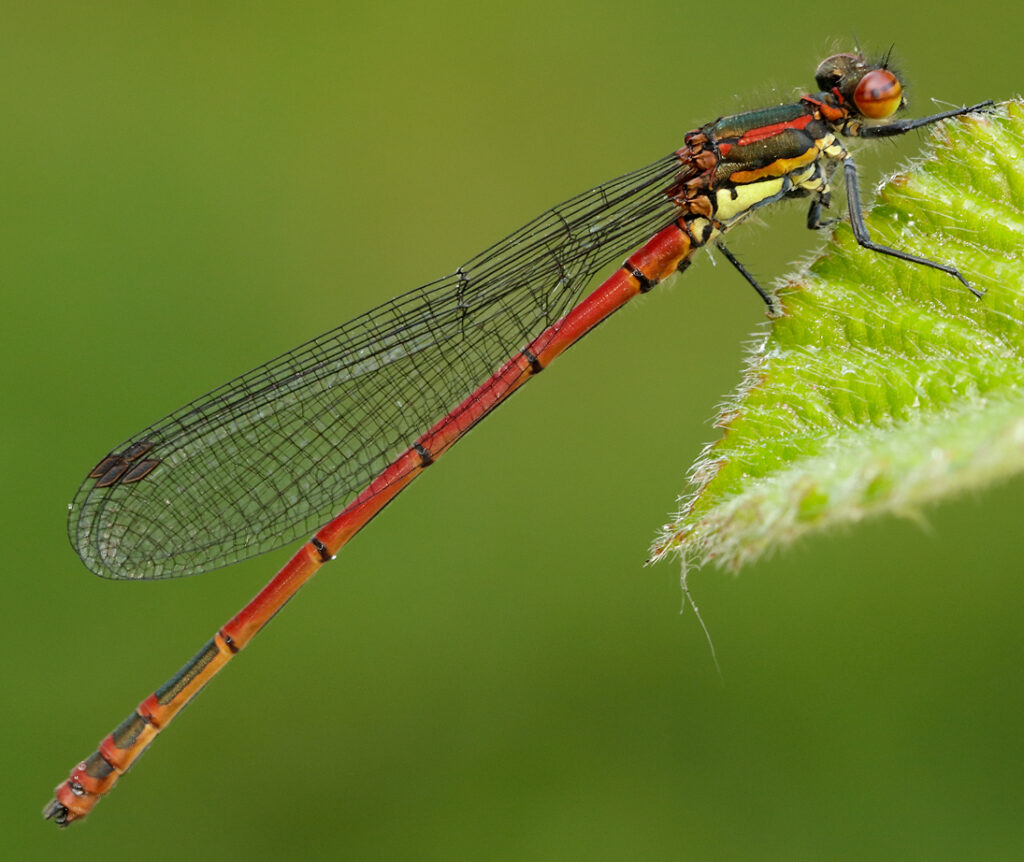 A total of 163 records have been posted to our latest sightings page up to 6 May 2020, starting with a Large Red Damselfly on 25 March.  This species dominated the reports until early April with a total of 65 (46%) of the records up to 6 May.  This is not surprising as it is usually the first species to be seen and is commonly found in garden ponds.  Broad-bodied Chaser, another species which is associated with ponds produced the second highest count with 26 reports.  However, the 3rd species in the list with 22 records was Hairy Dragonfly, not particularly renowned as a garden species and generally a scarcer species.  It may be that its relative scarcity prompted some of the records but it is known that a warm Spring produces higher numbers of this early flying species.  Four records of Common Clubtail with three in the Thames Valley were also a surprise and we have also had id queries for this species from garden sightings.  It seems that the warm April may have benefitted this species which our recent survey suggested had declined along the Thames.   These reports are also much earlier than normal.

In current lockdown restrictions most reports are clearly from gardens or close to people’s homes.  It is interesting that there have been only six reports of Four-spotted Chasers to the 26 of Broad-bodied Chaser.  The former emerges slightly later and is generally seen in larger numbers so this position may change as the year progresses.  Similarly reports of Beautiful Demoiselle outnumber Banded Demoiselle by 10 to 2.  Once again the former is usually the first on the wing but its typical habitat is less likely to be as close to houses.  The Demoiselles are associated with running water and generally don’t stray far from this.

Not surprisingly most reports have come from counties along the south coast of England but there have been sightings as far north as Yorkshire and Cumbria.  Credible reports have covered 17 species with only three species producing single sightings, Black-tailed Skimmer, Emperor Dragonfly and Scarce Chaser.  These species were reported towards the end of the period.  A number of reports mention that the sighting was the earliest the observer has recorded the species and comparing timings with the first dates for last year illustrates that the flight season seems to have started earlier this year.

It is worth noting that Banded Demoiselle and Black-tailed Skimmer were recorded especially early last year and timings this year were more typical for the species.