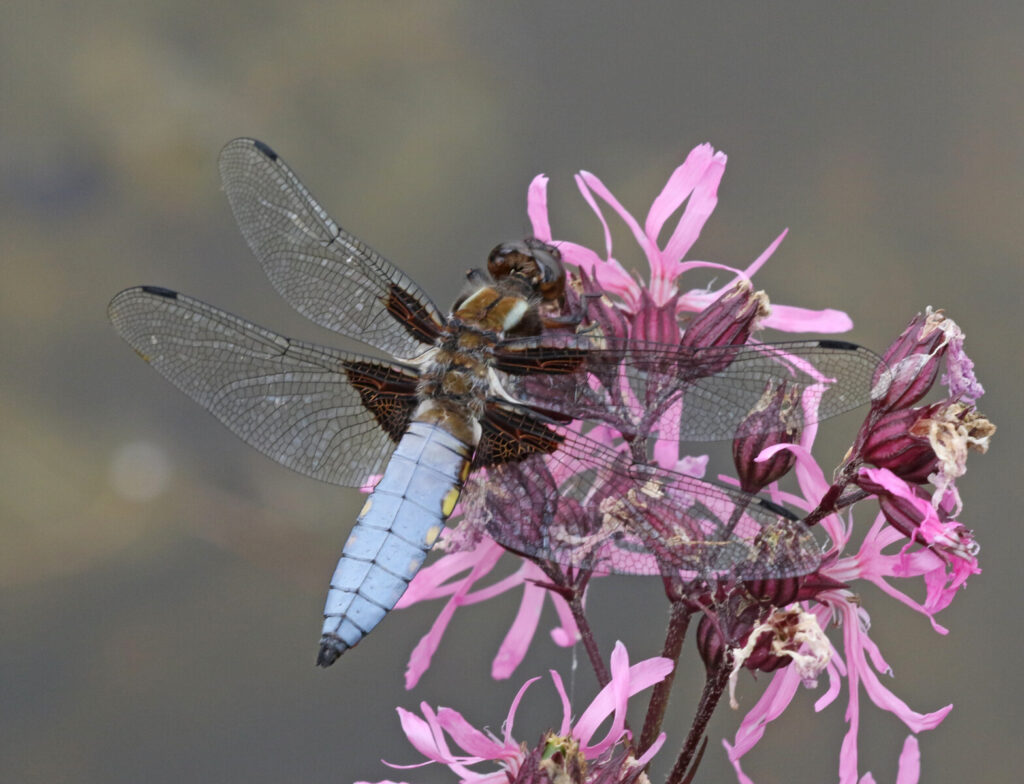 Dragonfly Reports to the End of May

Reports of Dragonflies have continued to flood into our recent sightings page, helped no doubt by the sunniest May on record.  By the end of week 22 (1st June) Broad-bodied Chaser had just overtaken Large Red Damselfly as the most frequently reported species.  Many reports are of the species being seen at garden ponds or even in gardens without ponds and often the report is the first time the species has been seen at the location.  Is this a bumper year for the species or is it just that people are taking much more note of what is coming into the garden in these strange times?  Other interesting garden records include Scarce Chasers.  Even allowing for the possibility that some have been misidentified it is clear that this species, which lived up to its name a decade or so ago is now occurring much more widely and in greater numbers.

The graph below shows the cumulative total of reports for a number of species being reported in reasonable numbers.

While Large Red Damselfly shows a steady accumulation of reported sightings, Broad-bodied Chaser sightings have shot up since mid-May as have sightings of Emperor Dragonfly.  Reports of Hairy Dragonfly seem to be tailing off somewhat.  Reports of Azure Damselfly are building steadily but this species, along with other common species, tends to be mentioned only as an addition to a report of a scarcer or more distinctive species and hence the graph is not really representative of the true picture.  It is noticeable that there were a low number of records in week 18.  While it was fairly sunny in this period at the end of April/beginning of May it was rather cold and this obviously had an impact.

The exceptionally good weather in May has produced early records of a number of species with four reports of Southern Hawker from 26th May and six records of Common Darter from 20th May.  There was also a report in late April which may have been this species but it would the date would be unprecedented.  The earliest records in 2019 for these two species were 1st June and 25th May respectively.  Up to 1st June we had received at least one report of 33 species of dragonfly and damselfly.

The build-up of records for a few more selected species below shows that reports increased from mid-May.  While there seems to have been a genuine increase in numbers from this date, reports will also have been increased by an easing of Lockdown restrictions which allowed observers to travel to visit sites.  We trust that observers are still following the Government guidance and protecting both themselves and others in paying visits to sites.

Just a reminder that ‘Recent Sightings’ are unverified reports and are intended to provide feedback on what others are observing in real time.  We are delighted to receive these reports but please keep them brief and please submit these records to our recording scheme via iRecord.  (There is a link on the recent sightings page.)  We have no way of importing the reports from ‘Recent Sightings’ and the Recent Sightings reports don’t provide all of the information needed for a full report.