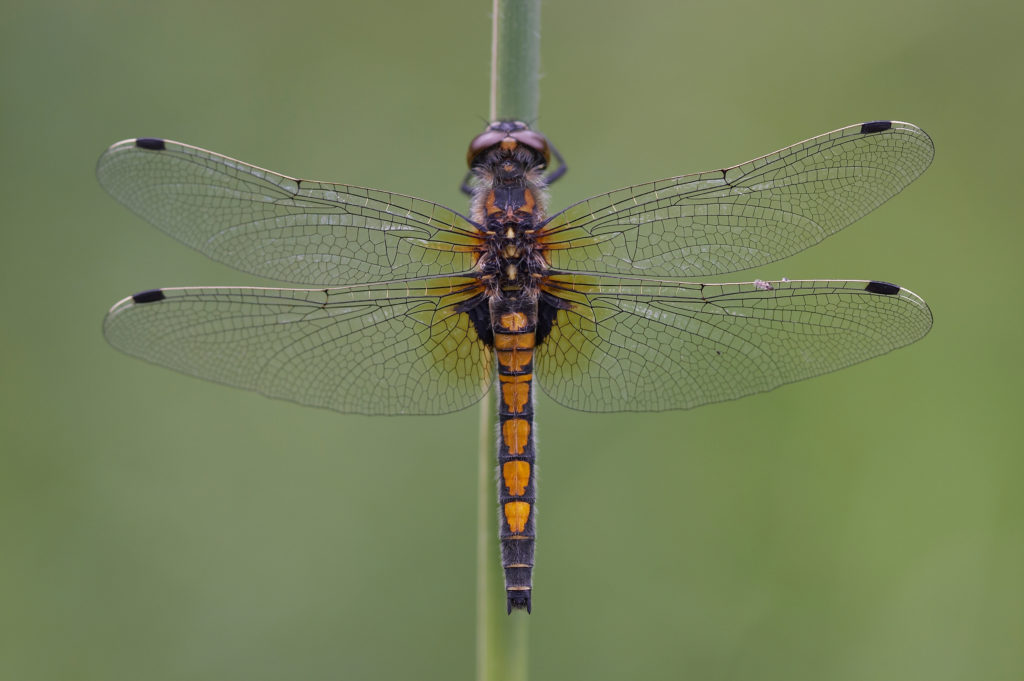 Climate Change brings 11 Species of Dragonfly to the UK

Since 1995, no less than eleven species of dragonfly or damselfly have been recorded from Britain either for the first time ever, or after a long period of absence.

Many of these have also bred successfully here and some have gone on to become well-established residents. The Small Red-eyed Damselfly, which first appeared on our shores in south-east England in 1999, can now be found breeding successfully right across to Wales and North Yorkshire. Others on the list of new species are less familiar, with the stunning Large White-faced Darter (Leucorrhinia pectoralis) (pictured right © Christophe Brochard) making its first ever appearance here in 2012.

These species account for around 20% of the current UK dragonfly fauna, with a variety of factors underlying the numerous new British records. The increasing numbers and experience of local dragonfly watchers plays a role, greatly increasing the likelihood that rare events are accurately reported. However, most new sightings are a reflection of the large-scale range expansions that are currently being shown by many European dragonfly species, almost certainly as a result of climate change. With climatic trends still continuing, such changes are progressing apace, making it highly probable that further new species of dragonfly will appear in Britain over the next few years. Likely candidates for future British species include the beautiful Southern Skimmer (Orthetrum brunneum), with one individual already recorded from the Channel Islands in July 2001. 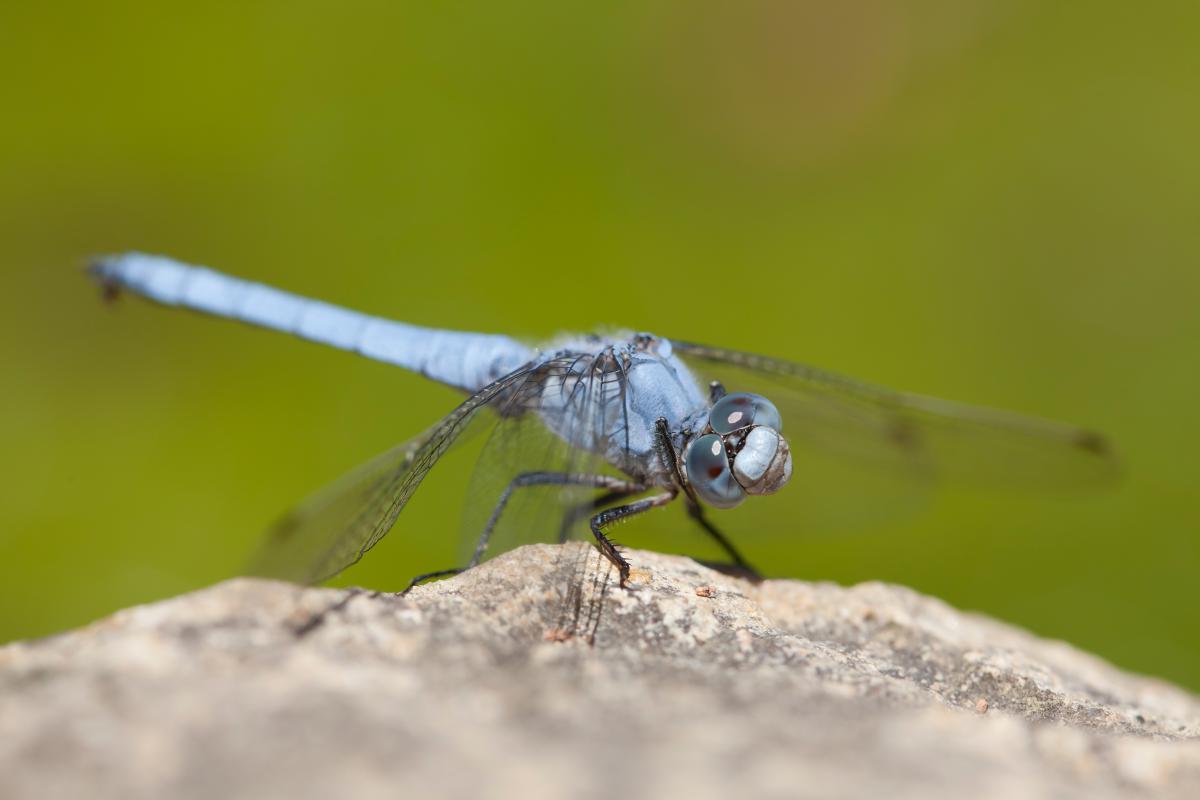 The Southern Skimmer, one of several species likely to colonise Britain in the near future. © Christophe Brochard

Genevieve Dalley, Conservation Officer for the British Dragonfly Society, says: ‘these unprecedented events currently happening in the dragonfly world are exciting but also act as a warning: the natural world is changing. Records given to us by dragonfly enthusiasts and citizen scientists are vital in providing the data we need to track these changes and try to understand why they are happening and what the consequences will be.’

The British Dragonfly Society runs the Migrant Dragonfly Project, improving our understanding of dragonfly migration and the reasons for it. The Society also runs DragonflyWatch, Britain’s dragonfly recording network. Adrian Parr, co-ordinator of the Migrant Dragonfly Project, says: ‘now is a particularly interesting time to be involved in dragonfly recording, with the number of new species appearing in Britain soaring and changes also happening to the distributions of our own resident species. There’s never been a better time to get involved.’