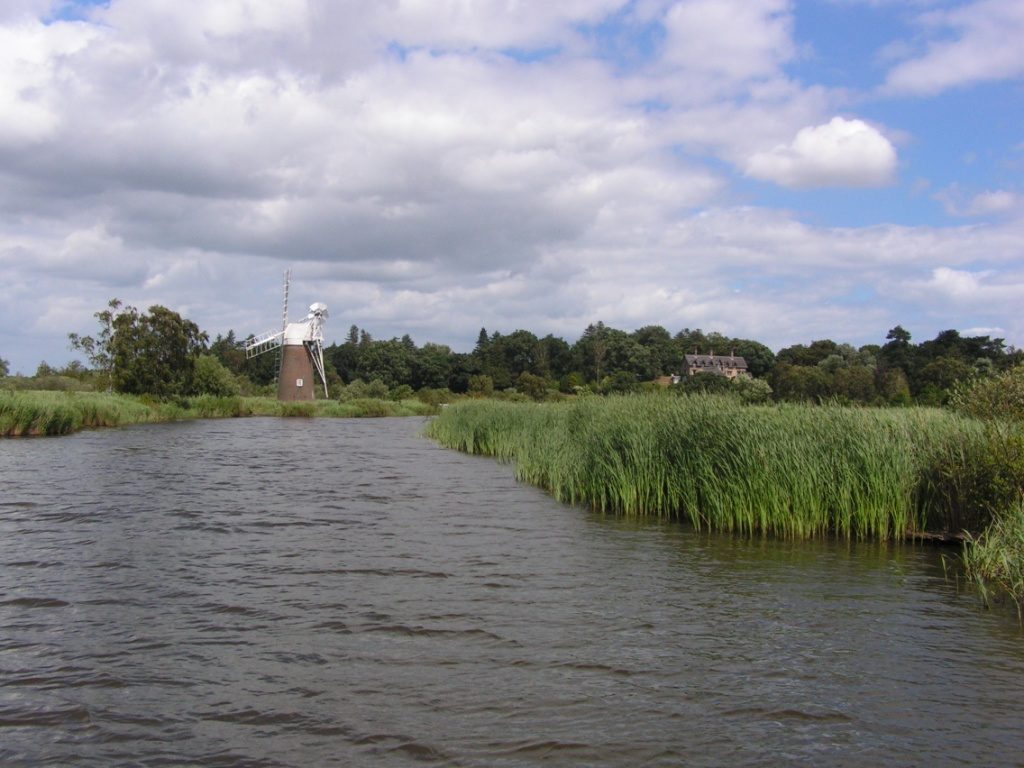 The Norfolk and Suffolk Broads are the hotspot for the nation’s rarest wildlife –and that’s official.

A pioneering study commissioned by the Broads Authority and carried out by the University of East Anglia reveals that this small area, which makes up only 0.4% of the UK, is a haven for an incredible quarter of Britain’s rarest species.

The research project, conducted over 12 months with support from Natural England, pooled 1.5 million records collected by scientists and dozens of amateur enthusiasts since 1670.

In an 834 sq km area, the study identified 11,000 species, of which 66 are special to the Broads and 31 are rarely seen elsewhere in Britain.

While it has long been realized that species such as the Swallowtail Butterfly, and Norfolk Hawker Dragonfly –the symbol of the Broads Authority—are restricted to the region, this study has shown that there are many more previously unrecognised specialities, such as the Broads Dolly Fly, the Slender Amber Snail and the Scarce Marsh Neb (a rare moth).

Andrea Kelly, the Broads Authority’s Senior Ecologist, said: ‘This is a significant piece of research which has thrown up an amazing amount of wildlife in such a small space, much more than was previously realised. For the first time it maps out the location and density of species revealing the Broads as one of the nation’s biodiversity hotspots.
“It’s down to a number of factors, including the presence of water, with large rivers flowing to the sea, and the wet peat soils. Water is a provider of life, the ditches, pools, lakes and fens are the places that wildlife seeks out.
“The important thing, though, is people. People have been managing the Broads for centuries, digging peat, cutting reed beds, digging drains, managing water levels and creating places for wildlife.”
Species that have recovered in number in recent years include the Crane, Otter, Bittern and Marsh Harrier. The Fen Raft Spider has recently been reintroduced to the Suffolk Broads and the Fen Mason-wasp, which was formerly regarded as extinct in Britain, was rediscovered in the Norfolk Broads in 1986.

However, the research reveals that 423 rare species, including plants, insects and fish have not been recorded in the last 23 years and 67 of these are known to have become extinct. Many species which have disappeared inhabited dry grassland or arable land, demonstrating the effect of agriculture and industrialisation over the last 60 years.

The audit, carried out by a team from UEA’s School of Environmental Sciences, is the first complete assessment of the biodiversity of the Broads, and the first time all the major data sets of species, including a large number of uncollated records dating back to the 17th century, have been compiled.

It confirmed the outstanding importance of freshwater peat fens, wet grassland habitats, grazing marshes and ditches which support large numbers of rare species which are vulnerable to climate change.

The research found that 63% of the 1,500 rarest species in the Broads rely on freshwater, which has major implications if sea level rises, as predicted, with climate change. Only 13% of rare species would tolerate mild to moderately brackish conditions.

Dr Hannah Mossman of the UEA’s School of Environmental Sciences said: “This study has shown we can identify which of the hundreds of rare species are most threatened by climate change, and that we can map these to show which parts of the Broads could be priorities for protection from sea level rise, based on their vulnerable biodiversity.”
Andrea Kelly added: “In the Broads we have lost six species every decade since 1950. We can’t afford to lose any more so habitat conservation is vital. We need to have dynamic and bold management and this work will help direct future conservation efforts.
“We need to join up and increase wetland wildlife habitats whenever the opportunities arise, use diggers to punch ponds into the wetland landscape and work out how to keep our wetlands wet in the dry spring seasons.
“We need to focus on how to protect the future of the hundreds of species that rely on freshwater, including the Bittern and Norfolk Hawker dragonfly, and continue to monitor species to determine their adaptability to climate change. We will now pool our resources with our environmental partners to take action on preserving habitats across the whole of the Broads.”
The Broads Authority wants to inspire young people to become the naturalists of the future to continue recording and help hunt down the missing species.

Andrea said: “The Broads having a quarter of all the rare species in the UK means that there are a lot of exciting species to look out for. These species will be put under pressure from our changing weather and it is more important than ever now to record their whereabouts.

“The large numbers of rare species make it probable there will be further losses in England.  The choices we make now and in the future will influence which species decline and which thrive.”